The region around Ravensgate is called Umbria by its inhabitants, named for Lake Umbra to the north. The Umbrians themselves are most similar to medieval Slavs from our own world, though of course shaped by different historical and even natural forces.

Umbria has never been a unified country. Rather, refugees from fallen Kalavala mingled with local Rimersmen in scattered tribes and holdings. The one unifying force has been the power of the druids, without which the Umbrians would long ago have been conquered and assimilated by other nations. 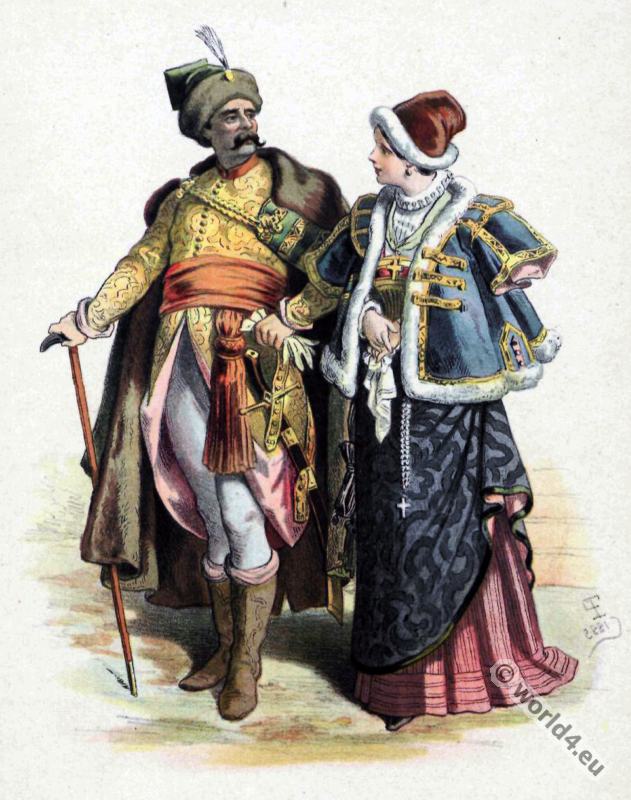 Umbrians are a mixed nation, and consequently span a wide range of hair and eye colors, though they tend towards fair skin. Food is often at a premium, and Umbrian commonfolk are small compared to the heads of the great houses and their warriors. Clothing is usually made from thick wool in earth-tones, though the wealthy wear bright colors imported from the south and trim their clothes with fur. Fur caps are common even among the better-off commonfolk in the winter, and many have adopted a conical hat first introduced by the Golden Riders. Mustaches and full beards are common for men, particularly after they marry.

The Old Faith of the Druids is essentially animistic, with the belief that every place, every animal, and every natural force has its own spirit. Keeping these spirits and natural forces in balance is the core of the faith. For every life saved, there is a death, for all healing must be an offering of blood. Consequently, the moon, eternally waxing and waning and taking its place in the sky by both day and night, is worshiped as the chief of the gods.

The Callainer immigrants have brought their own faith with them. The Umbrians, like the rest of the world, have always known and worshipped the Seven Divines, and consequently many have adopted the ways of the Church of the Law without much fuss. Admittedly, those who have done so have mingled Church with their old beliefs and practices, and generally find the Doctrine of the Seven Faces (the belief that each of the Seven represents and aspect of a single God) to be arcane and obtuse.