Rangers of the Fallen North 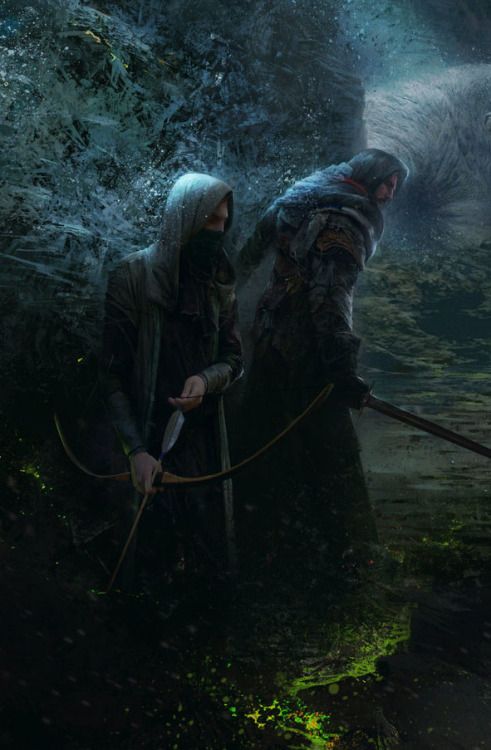 A ranger in Newold is not simply a person who engages in the profession of a hunter, scout, or warden. There are plenty of fighters and unclassed humans with the Outlander background who fill those roles. Rangers are the scions of Kalavala and the Fallen North. Many trace their lines to the kings of Kalavala itself, but over the centuries they have adopted many lost children of other lands and even initiated a few non-humans into their lore. They are particularly close to the wood elves, and their ranks include many of half-elven blood, which has earned them the enmity of the Grey Riders and the Unseili.

The Rangers of the North are particularly vested in patrolling the Black Forests and into the edges of the Pohjola Hills, dwelling among the ruins of Kalavala that stretch from eastern Beldaroth to the Valley or Urlaen in the south to the Golden Land. However, the despoiling of Kalavala has carried its artifacts all over the known world, and the rangers can be found travelling in all of the lands surrounding the Cerianne and Elenion Seas seeking out and recovering their heritage. On such missions, they often travel disguised as mercenaries, merchants, or pilgrims.

Rumor has it that the law of the rangers pronounces the death penalty on anyone who possesses a Kalavalan artifact. While technically true, the penalty is rarely invoked. Upon finding someone with a Kalavalan artifact, they will always attempt to simply buy it back peacefully first. If that fails, they have no qualms in stealing the item (leaving behind some ancient Kalavalan gold coins in compensation). However, if the item has magic and the possessor is using it for evil purposes, the rangers have been known to kill where they see no other choice.

Nevertheless, their mysterious origins and motivations and their reputation for ruthlessness has led most civilized lands to either bar the rangers from their domains or to watch them very carefully when they appear. Even in lands where the rangers’ help has been vital in the past, like Urlaen, Beldaroth, the Ossiri Marches, Umbria, and Westerlain, it is forbidden for more than three rangers to travel together at a time. In general, the rangers abide by these laws and travel openly in such lands despite the scowls and disdain it earns them from “civilized” folk. They live amidst the ruins of the past, only occasionally visiting outlying towns and villages, and keep their silent, thankless watch lest the evil that befell their ancient homeland destroy the good folk of the southern lands.

Rangers of the Fallen North