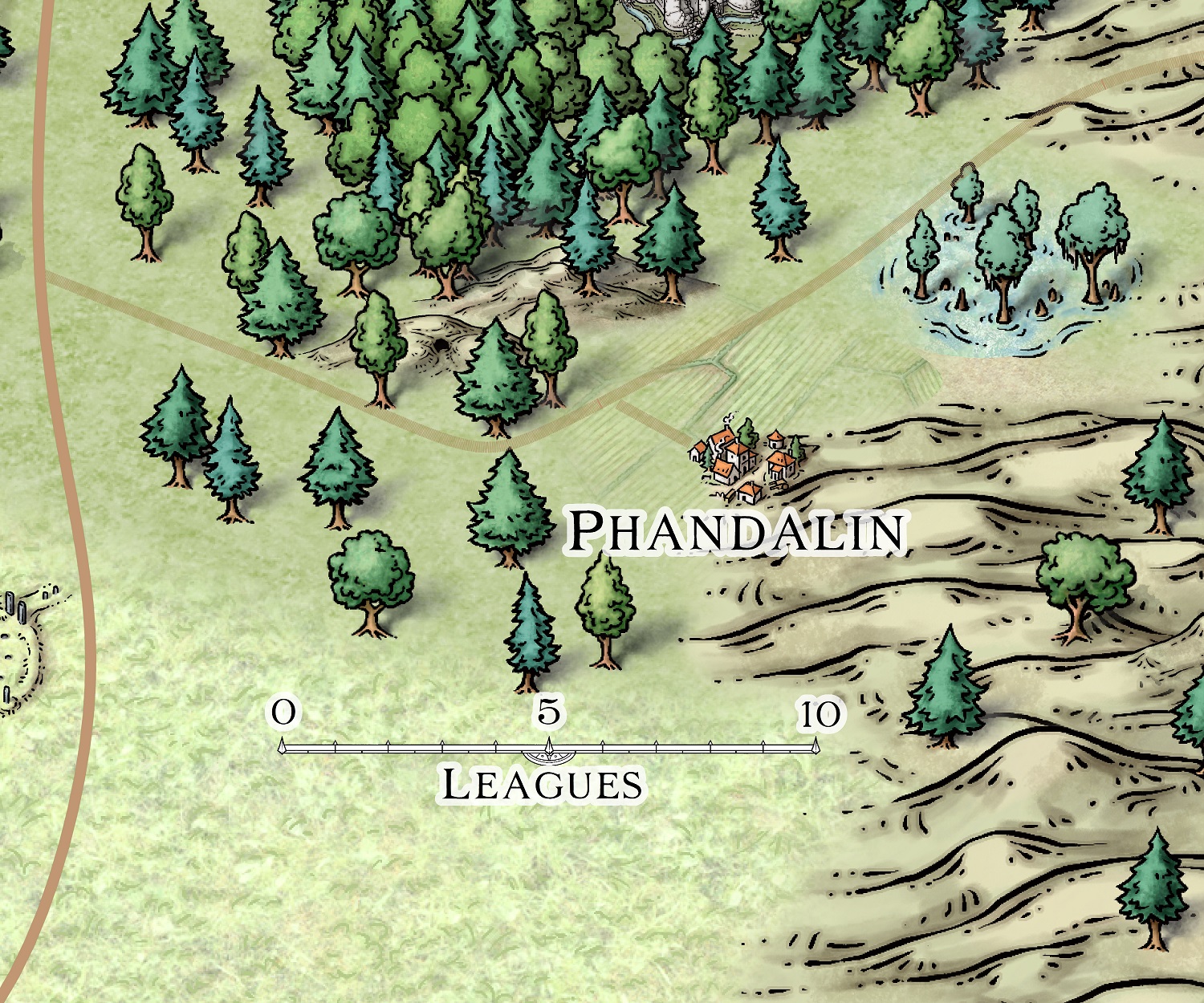 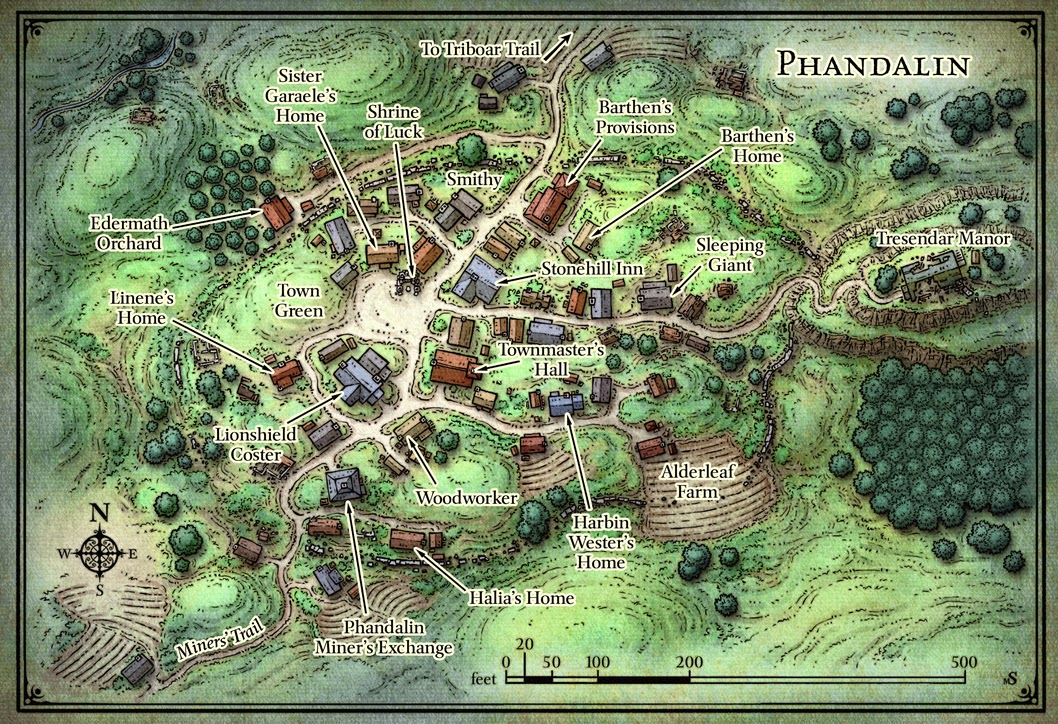 Phandalin is a newly-settled village near the Whispering Hills.

The Stonehill Inn
Owned by Toblin Stonehill, a rough-hewn place set atop older foundations and incorporating cyclopean walls from an age past, the Stonehill Inn is a good place to meet other travelers as well as the local men of Phandalin as they drink a pint at the end of the day. Toblin, like most innkeepers, has a wealth of information from those who frequent his inn and drink of his beer—not all of it reliable.

Barthen’s Provisions
A general-goods store owned by Elmar Barthen, an associate of Gundren Rockseeker. Elmar raises prices to three times their normal level in the winter, when visiting merchants are rare, but without him, few of the miners of the Whispering Hills would survive.

The Temple of the Divines
In an unusual move, the local Temple of Law was built using stones from the local ruins, including those of old pagan edifices. It is tended by Sister Gareille, a young priestess who bears the holy symbol of Ozwein and is rumored to have great power.

The Druid Grove
The grove marked by a ring of apple trees and tended by Darren Eldermath, who strives to provide a place for those who wish to observe the old ways without disturbing the sensibilities of newer settlers.