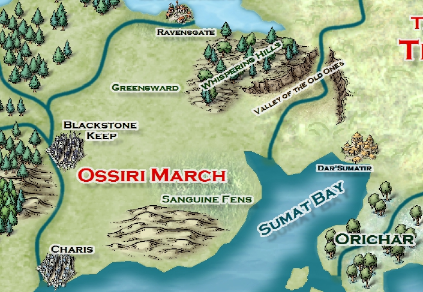 The Ossiri Marches are dominated by wide open plains in the middle, which sink to the Sanguine Fen in the east. The western reaches are dominated by forested hills. The Ossiri are pale-skinned and dark haired, and wear long coats and peaked hats. They were originally closely related to the Umbrians, having broken off from Umbria’s rule about 640 years ago. They have since become heavily mixed with Callainer immigrants and merchants.

The Marches are ruled by the Eleven Pikelords, who are named for the way they prefer to execute their enemies rather than for their favorite battle formation. Over four centuries ago, after Sarakh’s forces destroyed the Great Kingdom of Kalavala and instigated over a decade of war in the North, Dracul Blackstone lead the Eleven Pikelords of the Ossiri in a ritual that transformed them into vampires. The Ossiri subsequently pushed back the Sarakhan forces and became the last standing nation in the North.

A decade after the Blood Sacrament, the Callainer began establishing colonies around the Cerianne and Qinn Seas. The Ossiri Pikelords forged the Covenant of Astinbulus in which the Callainer draw a token tribute in return for support in ships and troops. Despite the Blood Sacrament, that support was vital to the survival of the Marches against the Golden Riders at the Battle of Ten Thousand Impalements in 382 AC. It was even more important in The Blackstone War of 514 AC (less than a decade ago). The Tartuun crossed the Plain of Swords in a massive invasion into Umbria and the northern Ossiri Marches. They quickly conquered the Greensward, but were held at great cost at Karmosk’s Eye, and that only because the elves harried them from the woods. They also attempted to besiege Blackstone Keep, which resulted in a massive counter-attack of powerful sorcery, driving the Golden Riders back across the Plain of Swords. 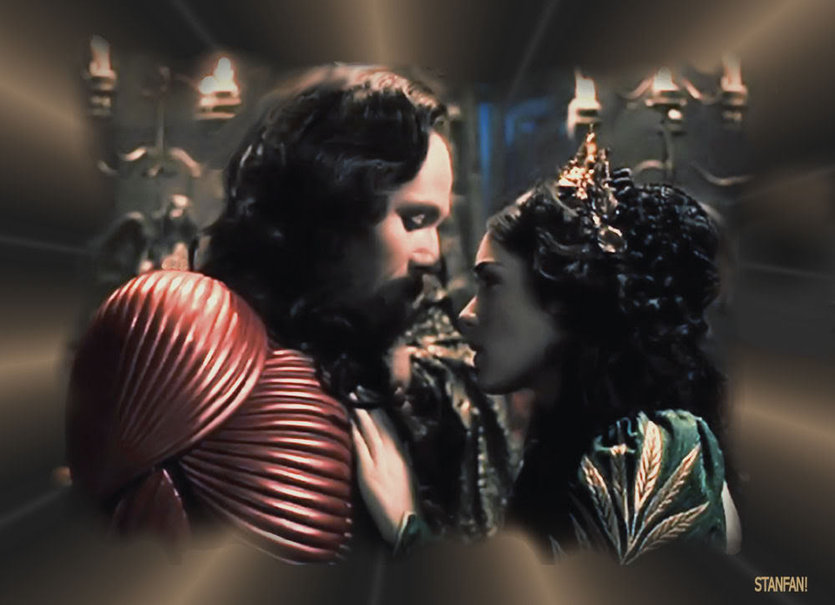