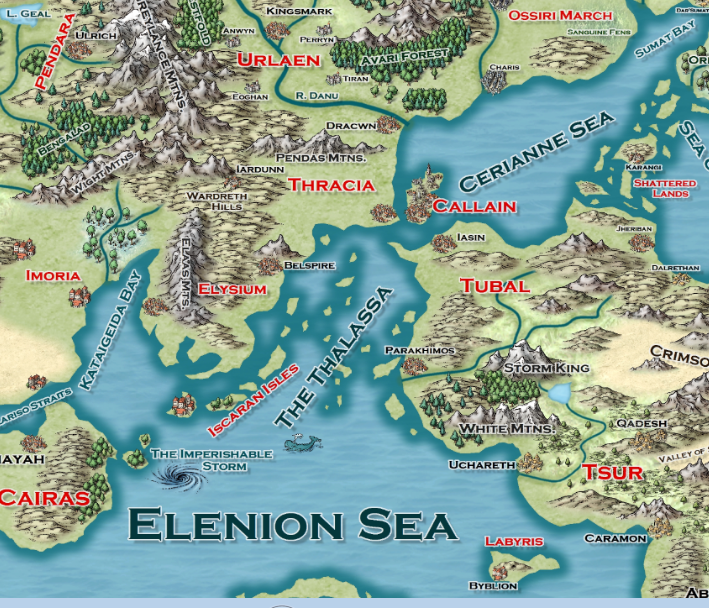 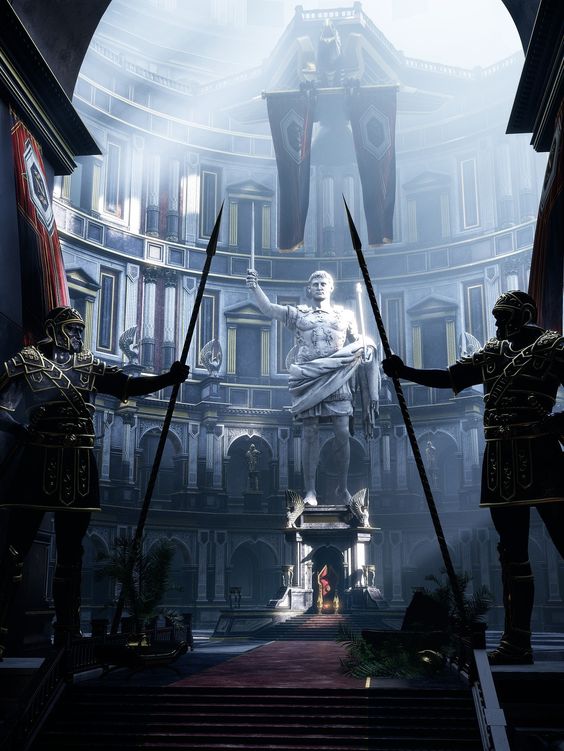 It is the year 571 on the Imperial Calendar, beginning from the day that King Callaianus first set foot upon the island that would come to bear his name. It is a measure of the Callain Empire’s strength that nearly all the lands around the Elenion and Cerianne Seas use that reckoning in their contracts and logbooks even though the Lands of the Three Rivers in the southeast are far older, maintaining histories that go back thousands of years. Callain once ruled all the lands “from sea to sea,” but over the last two centuries has lost ground to the Westerlain in the west, to the Golden Riders in the northeast, and to the Galadin to the south. Even so, and despite the rise of the Ma-La-Kai in the west, Callain remains the largest and most powerful empire in Newold.

Callain has a two-branch government. The Imperial Branch is headed, naturally, by the Emperor. It is a hereditary position, but has been through numerous dynasties, including three “Barbarian Dynasties” since the First Imperator was appointed by the Senate in 173 IC. All kings and other nobles are appointed by the Imperial Branch, and serve the purpose of carrying out the laws voted on by the Senate. Theoretically, the Senate holds the final authority since it both creates the laws and can vote to confirm or veto a new Imperator, but that vote has often been subject to concerns beyond the good of the Empire—like the Senate wishing to keep their collective heads upon their shoulders when the Imperator already has a large army and the love of the people.

The lands directly controlled by Callain at present are Callain, Tracia, Imoria, Elysium, the Iscaran Isles and other islands of the Thalassa, Tubal, Tsur, Labrys, and the Ossiri Marches. Tributaries include Urlaen, Anu’ar, and Sulrain as well as a number of city-states. Most Imperial domains are ruled by subject kings, descendents of either their original royal families or of governers appointed by the Senate in times past. For the most part, these kings rule their realms autonomously as long as they pay their tribute, maintain order, and host the Imperial legions as needed. 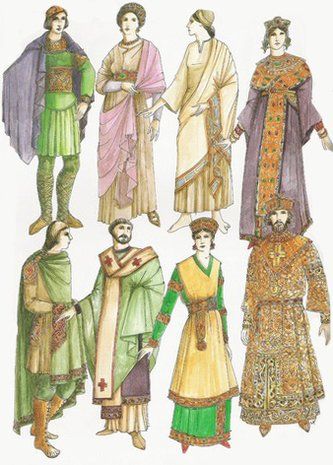 The ideal Callaini is proud, intelligent, and ambitious. While capable of deep emotional bonds, most relationships are defined as client-patron relationships, with alliances between equals being more rare and more unstable. The rich and powerful are expected to use their resources to help those below them, who in turn are expected to show the appropriate loyalty to those above. Being caught between two fealties, or between fealty and love, are common subjects in song and theater.

Every Callainer town has at least a small theater within. These range from the great theaters and coliseums in Great Callain itself, to simple pits surrounded by benches. These are used for plays, orations, debates, and blood-sport between both professional gladiators and lowly slaves and beasts. Every town and nearly every village also sports at least one bath-house, often combined with or adjoining an inn.

While the greater part of commerce takes place over the water (“All ships sail to Callain.”), the Imperial Roads are well-constructed and well-maintained and have at least a waystation (or better, an Imperial-backed inn) for travelers every six miles. They are also well-patrolled, and the patrols have little tolerance for armed bands who serve no lord. It is traditional for a lord or governor releasing mercenaries from his service to grant them a written recommendation to both avoid trouble with the authorities and to aid in finding their next contract. Such recommendations must be dated; no company numbering more than twenty individuals may travel together for more than two months following the issuance of a recommendation.

All Callani are outwardly pious, attending temple on holy days and swearing by the Seven. True faith is perhaps more rare: Callain has a long history of philosophy, and no subject—not even the very existence of the gods—is off the table for discussion. Few have seen a miracle first-hand, and those who have may argue that clerics are simply sorcerers by another name. As in most lands, the uneducated peasantry are most likely to have true faith, but few of these follow (or even fully know) the dictates of the Church of the Law precisely. Mixing official dogma with folk magic and superstition is the norm.

What will be Callain’s future? Only the gods—or perhaps even Fate—knows, but many rumors surround the ambitions of the current Emperor, Onteius Kikarios, of whom we shall speak of in a future post.