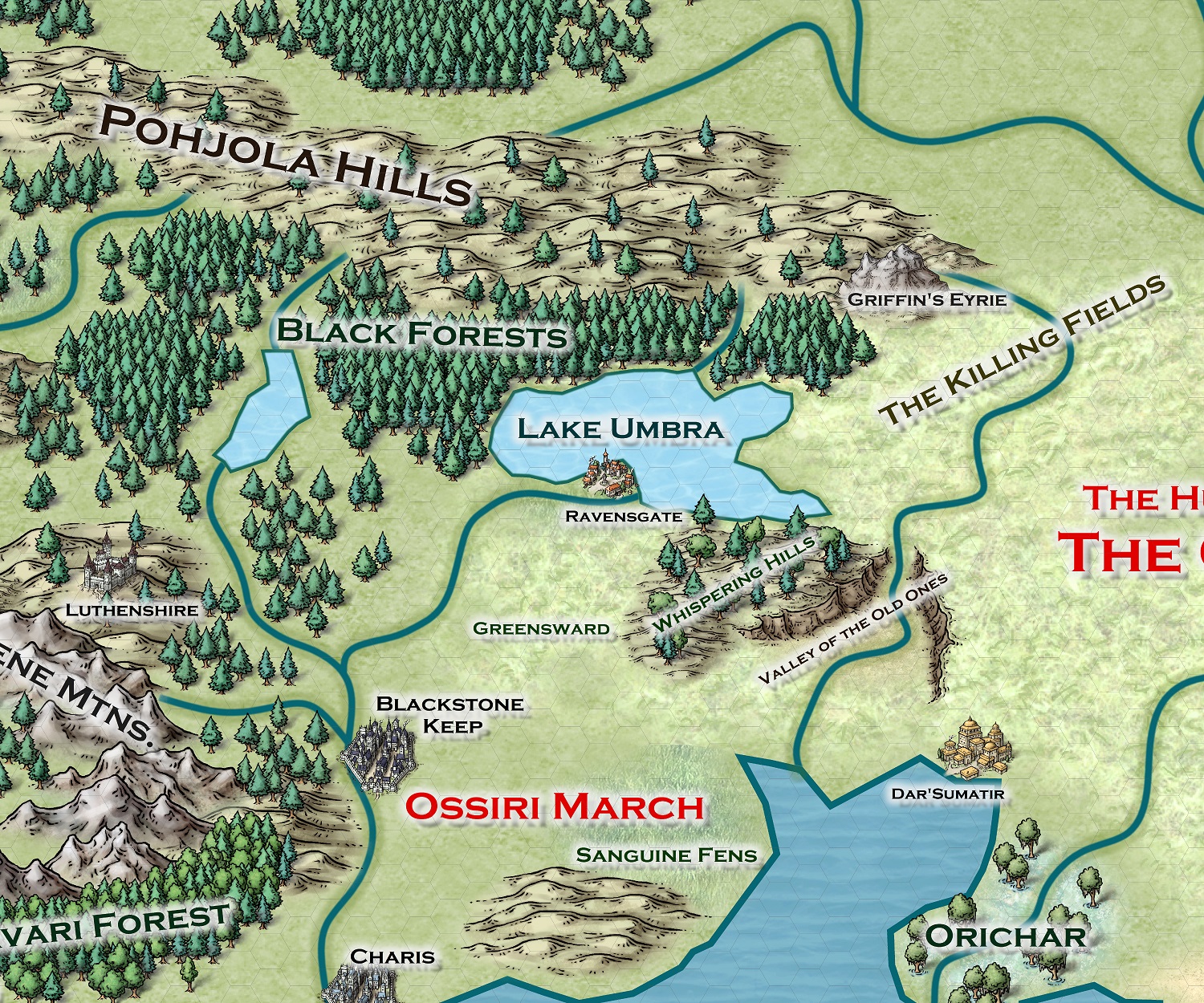 For nearly five centuries, the Empire has maintained the Pax Callaina, providing peace and prosperity to those who live in its corelands. However, that peace has always been tenuous, earned with a price in blood by the Callain Empires’s legions . . . and by the sword-arms of the rough men who live at the frontiers of civilization.

Revan’s Gate—called Ravensgate by its inhabitants for the black birds that grow fat on the bodies of the fallen—is one such frontier. In Umbria, far to the north, beyond even the reach of the Eleven Pike-Lords of the Ossiri Marches, Revan’s Gate serves as a hub of trade for the exiles, the adventurers, the heretics, the mad and the desperate who pan and mine for silver and gold in the Whispering Hills or the even more insane who cross Lake Umbra to seek treasure in the Black Forests and sorcerous Pohjola Hills to the north or the woods and dells of Fallen Kalavala to the west. To the east, beyond the hills and the Valley of the Old Ones, the hordes of the Golden Land are an ever-present threat, but have so far been prevented from making any full-scale invasion by the Ossiri.